Risk factors of periodontal disease include: 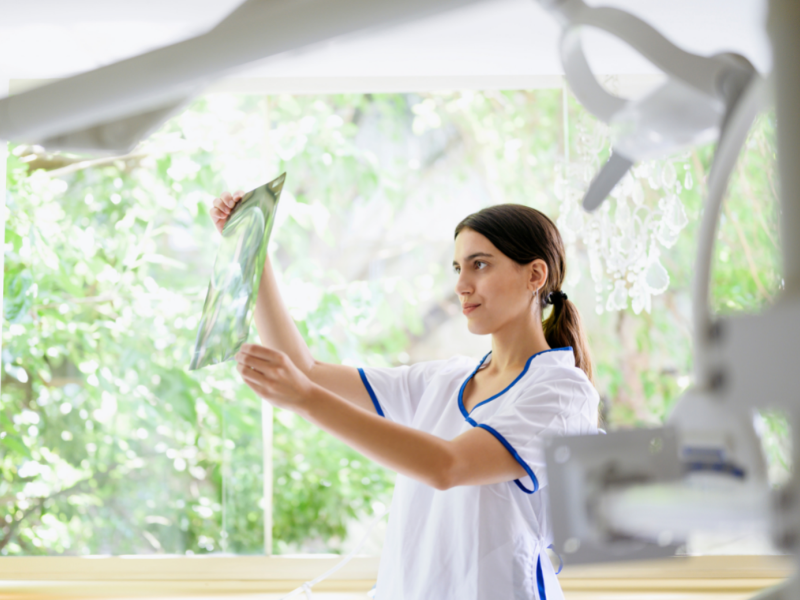 When to see a Periodontist?

Throughout a woman’s life, hormonal changes may make the gums more sensitive to plaque.  Fluctuations in levels occur during puberty, pregnancy and menopause.  At these times, the chance of periodontal disease may increase, requiring special care of your oral health.

During puberty, there is increased production of sex hormones.  These higher levels increase gum sensitivity and lead to greater irritations from plaque and food particles. The gums can become swollen, turn red and feel tender.

Similar symptoms occasionally appear several days before menstruation.  There can be bleeding of the gums, bright red swelling between the teeth and gum, or sores on the inside of the cheek.  The symptoms clear up once the period has started. As the amount of sex hormones decrease, so do these problems.

Your gums and teeth are also affected during pregnancy.  Between the second and eighth month, your gums may also swell, bleed and become red or tender.  Large lumps may appear as a reaction to local irritants.  However, these growths are generally painless and not cancerous.  They may require professional removal, but usually disappear after pregnancy.

Periodontal health should be part of your prenatal care.  Any infections during pregnancy, including periodontal infections, can place a baby’s health at risk.

The best way to prevent periodontic infections is to begin with healthy gums and continue to maintain your oral health with proper home care and careful periodontic monitoring.

Swelling, bleeding and tenderness of the gums may also occur when you are taking oral contraceptives, which are synthetic hormones.

You must mention any prescriptions you are taking, including oral contraceptives, prior to medical or dental treatment.  This will help eliminate risk of drug interactions, such as antibiotics with oral contraceptives – where the effectiveness of the contraceptive can be lessened.

Changes in the look and feel of your mouth may occur if you are menopausal or post-menopausal.  They include feeling pain and burning in your gum tissue and salty, peppery or sour tastes.  Careful oral hygiene at home and professional cleaning may relieve these symptoms.

Periodontal disease has been linked with elevated levels of Prostate-specific antigen (PSA). Elevated PSA levels are seen when the prostate becomes inflamed and unhealthy so there may be a link between the inflammation present with periodontal disease and prostate health.

The best ways to initially prevent the start of periodontal disease is to routinely brush and floss your teeth twice daily.  It is also important to have routine preventative exams and cleanings with your general dentist so they can detect any areas of concern early on in the disease process.  Avoiding certain habits, like smoking, can also help lower your risk for developing periodontal disease.